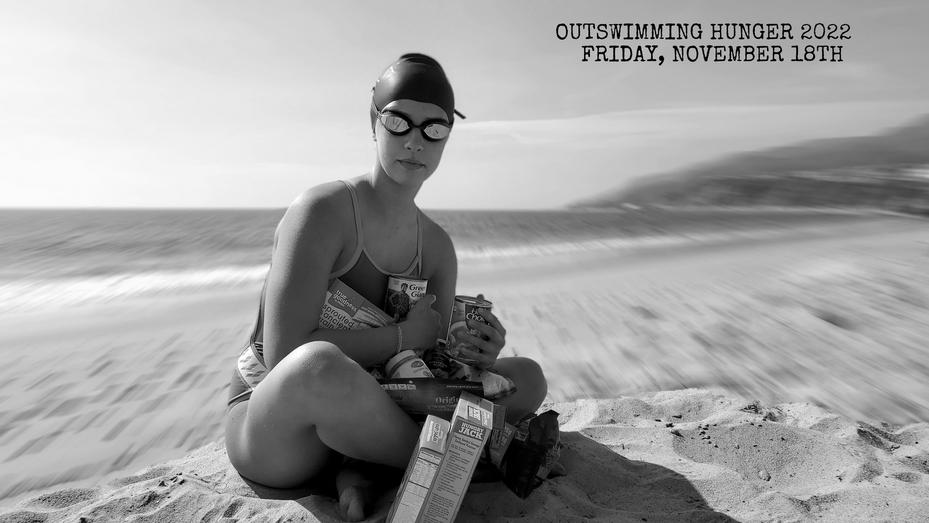 My name is Edie. I am a 17 year old open water ultramarathon swimmer and a senior at Cal State LA (Early Entrance Program) majoring in philosophy. Last year, after observing the ever growing lines of people waiting for food donations, from school parking lots to food bank sites, I decided to try to do something about it. The most obvious choice was to organize a food drive/swim event. That’s how Outswimming Hunger was born. This was a personal swim challenge. A 25-mile, non-stop solo marathon swim during which the community was invited to stop by and donate non-perishable food items or give monetary donations virtually. The City of Burbank and the LA Tri Club came to my aid and Outswimming Hunger became a reality. I never attempted to cover such a distance in the pool before, 12-15 hours of swimming. I was faced with a tough challenge but nothing compared to the challenges some face in just obtaining life’s most basic necessity - food.

The Event was a big success!!!

I swam for 11 hours and 27 minutes during which time you, dear community members, donated monetary funds for 30.000 meals for the LA Food Bank to prepare and distribute and hundreds of pounds of food for the pantry at the Burbank Temporary Aid Center.

This year, suported by the City of Burbank, Berkshire Hathaway HomeServices Crest Real Estate and by Golden Road Aquatics, I will do it again!

​​Please join me in putting a dent in this ongoing crisis!

​I thank YOU, from the bottom of my heart and hope to see you there.